Home / Lifestyle / Which red wines is the best? 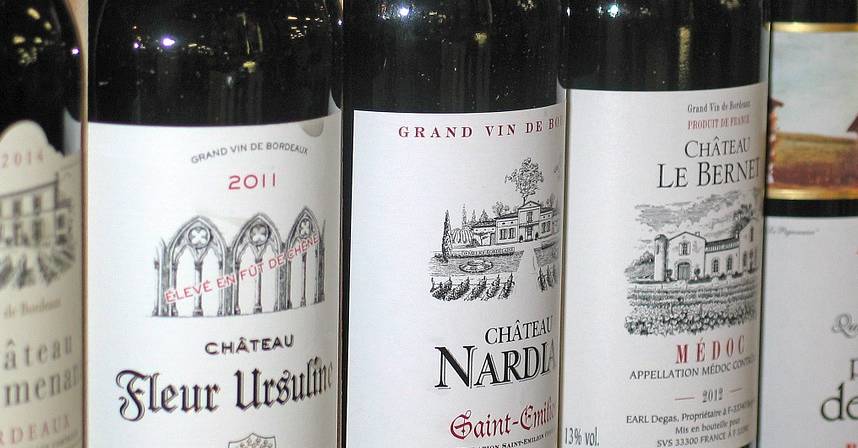 If Chardonnay is the vanilla of today’s commercial climate, Cabernet Sauvignon is the chocolate. These two “flavors” dominate wine lists and wine shops in America. Historically, Cabernet Sauvignon is the major grape variety used in the great wines of Bordeaux’s Medoc region in western France, and all the textbooks say that these wines are the world’s greatest reds. Cabernet Sauvignon is easy to pick out in a blind tasting–the varietal character, like that of the white Sauvignon grape, has to do with herbs and vegetables (bell pepper is a favorite taster’s image). But great Cabernet goes beyond that; in youth, it often includes divine whiffs of red fruits, such as raspberry. As it ages, good Cabernet Sauvignon gets even more interesting, picking up a whole spectrum of aromas–of which cedar, or “cigar box,” is the most classic. Because top-quality, expensive Cabernet Sauvignon can be fiercely tannic in youth, it often needs 15 to 20 years to shed its tannins, develop deep flavor and reach its best.

Merlot is another grape in the classic Bordeaux blend. Because the textbooks say Merlot is used to “soften” Cabernet, a myth spread: Merlot is the soft one, round and gentle, not tannic. It is true that if you grow Merlot a certain way in certain places, it will fit that profile. But you can grow soft Cabernet, too, and you can grow a tough Merlot. In fact, Merlot’s varietal character is not far from that of Cabernet Sauvignon; it’s easy to mix them up in a blind tasting. The tell-tale Merlot quality–look for it in wines named for the French Pomerol and Saint-Emilion regions–is a scent reminiscent of the floor of a pine forest with lots of fallen needles. Merlot, too, can be fruity, even jammy, in youth, and then can age into something complex, mysterious and magnificent.
Back to top

Unlike the Bordeaux region, Burgundy, in eastern France, usually makes red wine from one grape alone, and that grape is the incomparable Pinot Noir. Pinot is more delicate and subtle than Cabernet Sauvignon or Merlot. In youth, the emphasis is on strawberry-like and cherry-like red fruit (not on herbal qualities as in Cabernet); experienced Pinot-spotters sometimes look for a whiff of geranium as a Pinot clue. In youth, Pinot–though it can be tannic–is rarely as austere as Cabernet; much Pinot Noir gives pleasure after two or three years of aging, while many Cabernets need many more years to be palatable. When a great Pinot Noir that is meant to age reaches its climax–the best ones can easily go 15 or 20 years–you have one of the most extraordinary experiences in all of wine. Some hints of cherries and strawberries may remain, alongside the orgasmic array of earthy, animal-like, erotic, truffly aromas that defy description (and would defy a censor).

One of the greats of southeastern France’s Rhone Valley, Syrah is a grape with power and weight. Syrah is the backbone of such thick wines as those from the French appellations of Cote Rotie, Cornas and Hermitage. Often quite dark and purple in youth, textbooks call it “peppery,” as in freshly ground black pepper, but I find it more animal-like, or “sauvage,” as the French like to say, meaning “wild,” actually smelling like wild animals. A nice feature of Syrah is that less expensive examples of it, such as those from St. Joseph or Crozes-Hermitage, can have complexity and give pleasure after only three or four years in the bottle. The really great Syrahs–such as Hermitage from a great producer in a great year–can evolve for decades into the same kind of indescribable nuance and mystery that old Cabernet Sauvignon or old Pinot Noir can yield. Much Syrah was planted in California in the ’90s, and Shiraz–the Australian name for Syrah–is the workhorse red grape of the Australian wine industry.

Though no one knows exactly where this grape came from–the current belief is that it is a transplant from Puglia, in southern Italy–it is indisputably California’s grape today, with almost no winemakers in other places producing it. It’s actually made in a variety of styles in California, from elegant to brutal. But the quintessential Zin-ness always come through: Red fruits and berries, but with a wild, zesty, almost minty aroma that’s often call “brambly.” You simply have to try it to get a sense of its varietal character. Try a bottle not more than three or four years old, because that’s when the Zin character is strongest.

The grape of southern Burgundy’s Beaujolais region is a heck of a lot simpler and less important than the other grapes on this roster. But why hold that against it? When you’re drinking wine every day with your meals, “impressive” gets tired fast. The aroma of young Gamay (most Beaujolais is consumed within one or two years of harvest) is unmistakable: A lighthearted wave of cherry-strawberry fruit sweeps over you, sometimes joined by something so sweetly, irrepressibly fruity it smells like ripe banana. On the palate, Gamay wines are bright, reasonably crisp with acid and moderate in alcohol, with little noticeable tannin. In other words: Wines from Gamay grapes are ideal for all kinds of foods. There are a number of grape varieties in California with “Gamay” in their names, but none are the true “Gamay” of France’s Beaujolais region.